Involuntary Park has been invited to submit proposals for a new public art vision as part of an Artpoint commissioned project for the government of Hannover. The results are now on public display at EISFABRIK / Blaue Halle until December 19th. Further details can be found at http://changingspaces.twoday.net.
Hannover courted controversy back in the seventies when it commissioned internationally renowned artist, Niki de Saint Phalle to site three of her ‘Nanas’ on on the bank of the Leine, where they have since become a familiar trademark. Involuntary Park decided to respond to these once controversial figures by enclosing them in a Cover Version that partly obscures the sculptures from view, thus reigniting the debate around the place of art in public space and re-examining attitudes towards the familiar.
We also proposed designs for a series of Kunst Dialog Boxes – a network of specially designed art dialogue sites in the city to facilitate public consultation – and created the blueprint for a new festival of public art as part of the annual Hannover Messe. Established sixty years ago, Hannover Messe today ranks as the world’s leading international trade fair for industrial technologies, materials and product ideas. Our proposal seeks to develop the well-established tradition of public art in Hannover by instituting an annual festival of temporary or semi-permanent artworks for the public realm in the context of a curated international festival. 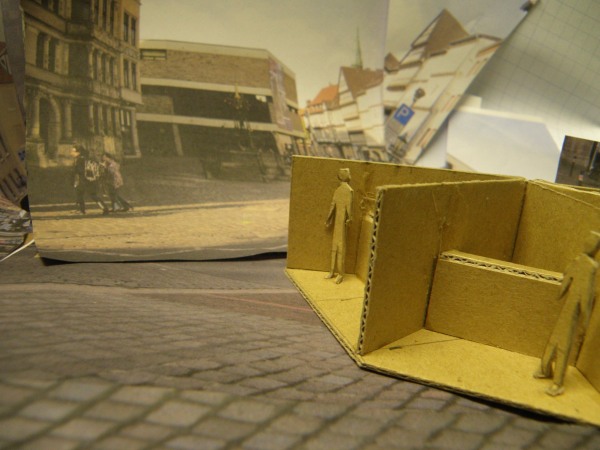 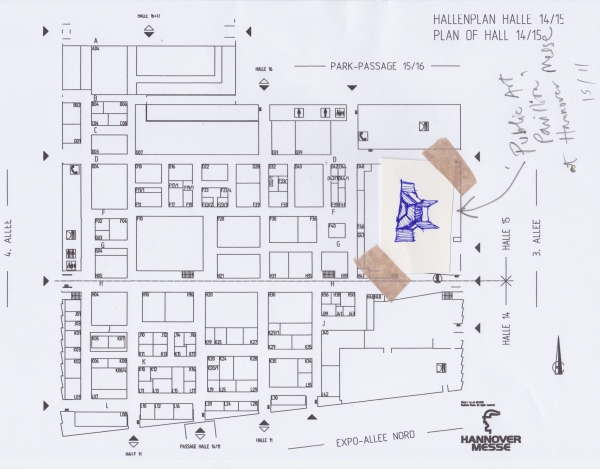